About Maryse Schembri – Voice and Piano Teacher in Vancouver 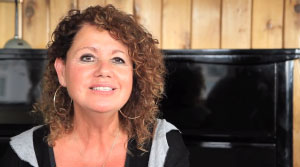 Born in Malta, a small history-rich island located in the heart of the Mediterranean Sea, Maryse Schembri has since lived in Canada and Europe. She subsequently developed her multifaceted talents in various musical settings and hosted radio and TV programs in her native land. At age 16 she began teaching drama at a private school in Toronto, and has directed and acted in numerous Canadian stage productions.

Holding degrees in Music and Drama from the Universities of Guelph and Toronto, Maryse deepened her expertise with acclaimed artists and teachers in Europe and Canada, such as Bill Vincent, Marjorie Purvey, Anton Kuerti, Anya Lawrence, and Michelle George.

Her repertoire today encompasses classical, pop and jazz which she performs in lounges, restaurants, clubs as well as solo dates in many community and educational institutions. Having composed and performed music for many stage productions (along with some independent film work), Maryse established her own music company and handled all related sales and copyrights.

An avid student of holistic healing arts, she has endeavored to incorporate these skills into her unique method of teaching. She has also developed a documentary film about women making music in different cultures.

She has performed for various children’s shows using story-telling and drama to promote literacy.

Maryse has been teaching for over 51 years and has produced amazing results in her students!